─ Is It Cheap to Use an Electric Bicycle? 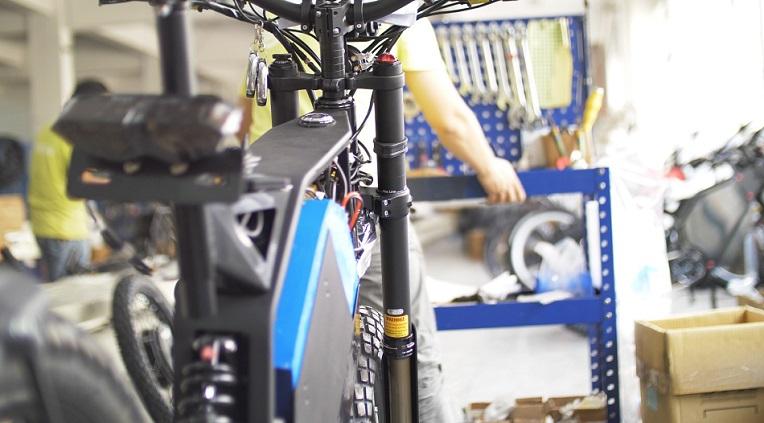 Electric bicycles (e-bikes) have the potential to revolutionize the way people travel. Equipped with a battery and an electric motor, an e-bike eases the ride in difficult conditions such as riding on uphill terrain. This characteristic allows more people to opt for an alternative to a car. The result is lower carbon emissions and a healthier population.

However, the massive adoption of e-bikes depends on the possibility of people to afford them. Is it cheap to own and use an e-bike? This is a question that many people ask when they consider buying one of these vehicles. The answer is not so straightforward. There are plenty of models in the market. Each model has different technical specifications that provide them with specific capabilities.

What Factors Do Determine the Price of an Electric Bike?

But after purchasing an e-bike that fits your budget, there are additional costs to take into account. The following factors are the most important to consider in the long run:

In general, commuting on an e-bike is much cheaper than driving a car. Some people prefer the experience and health benefits that an e-bike provides. Moreover, other standing costs such as road tax and insurance don’t apply to this vehicle type. Another great saving comes in the form of recharging a battery instead of buying fuel. Gas prices are high and constantly climbing. Also, burning fossil fuels is becoming less popular because of environmental concerns.

So, How Much Does an Ebike Cost?

As we already mentioned, there are many e-bike models available in the market. They come in different prices, which vary greatly. In general, initial e-bike prices can go from $600 to $8,000. Compared to what a conventional bike costs, these prices can be shocking. But remember the old saying; you get what you pay for. Realistically, you should consider e-bikes above $3.000. Below that value, you are in for big disappointments in most cases.

The majority of e-bikes (over 70%) available in the market fell in the range of $1,000-$4,000. Approximately 25% of e-bikes cost more than $4,000. The rest (less than 5%) are priced below $1,000. However, all these prices are expected to drop in the coming years as e-bikes become more popular. Demand and, therefore, production volumes will increase, which will allow manufacturers to lower their selling prices.

If you want a high-quality e-bike, properly engineered, and with a comprehensive warranty, such as a Delfast ebike, expect to pay no less than $4,000. For this price, you get an item with intuitive electronic controls, integrated lights, and an aesthetic design. E-bikes in the $7,000 range are made with pro-level components and have superior performance. While the initial price seems excessively high, it is somehow comparable to the price of some high-end conventional bicycles.

How Much Can You Save with an Ebike in Comparison to Owning a Car?

For the sake of this comparison, let’s consider a middle-range e-bike (approx. $2,500). On average, you can save up to $2,000 in parking per year if you replace your car with an e-bike. That’s almost the initial cost of an average electric bike. This depends on the cost of parking in the city you inhabit. However, this gives you an idea of how much money you can save with an e-bike.

After considering expensive car repairs and preventive maintenance, an e-bike is on average three times cheaper to operate. You don’t need licensing to ride the vehicle. And even though owning a car is great, nobody can deny that riding an electric bicycle is much healthier.

So, in conclusion, while the initial cost of an e-bike may seem high, using it may not be that expensive. In comparison to other modes of transport, an e-bike is environmentally friendly. But even if you don’t consider it for commuting, riding one can give you many nice experiences. Thus, using an electric bicycle may not be as cheap as riding a conventional bike, but it is not so expensive either.