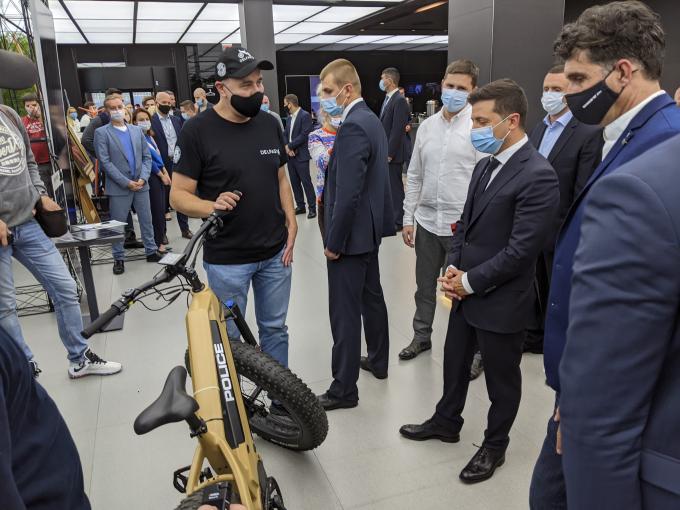 On October 21 2020 the president of Ukraine Volodymyr Zelensky visited Unit City in Kyiv, Ukraine, to meet the residents and find out how they are doing amid COVID-19 pandemic. While observing the Delfast electric bike for the first time, Zelensky promised to support the e-bike production in the country initiated by Delfast.

Daniel Tonkopiy and Serhii Denysenko, company’s founders, were happy to meet the president and introduce him to their creation. They told Zelensky that Delfast sales increased 4-5 times during the quarantine. Tonkopiy and Denysenko also shared their insights about the rising number of people switching from cars and now considered to be unsafe public transport to bicycles and electric bikes.

Learning that it has been a while since Zelenskiy rode a bicycle, Daniel talked about the major bicycle-related problem in Ukraine - bike paths. In fact, there are very few proper bike paths either in Kyiv, or in any other city in the country. The president also got to know that there was no positive reaction from the authorities regarding the issue. 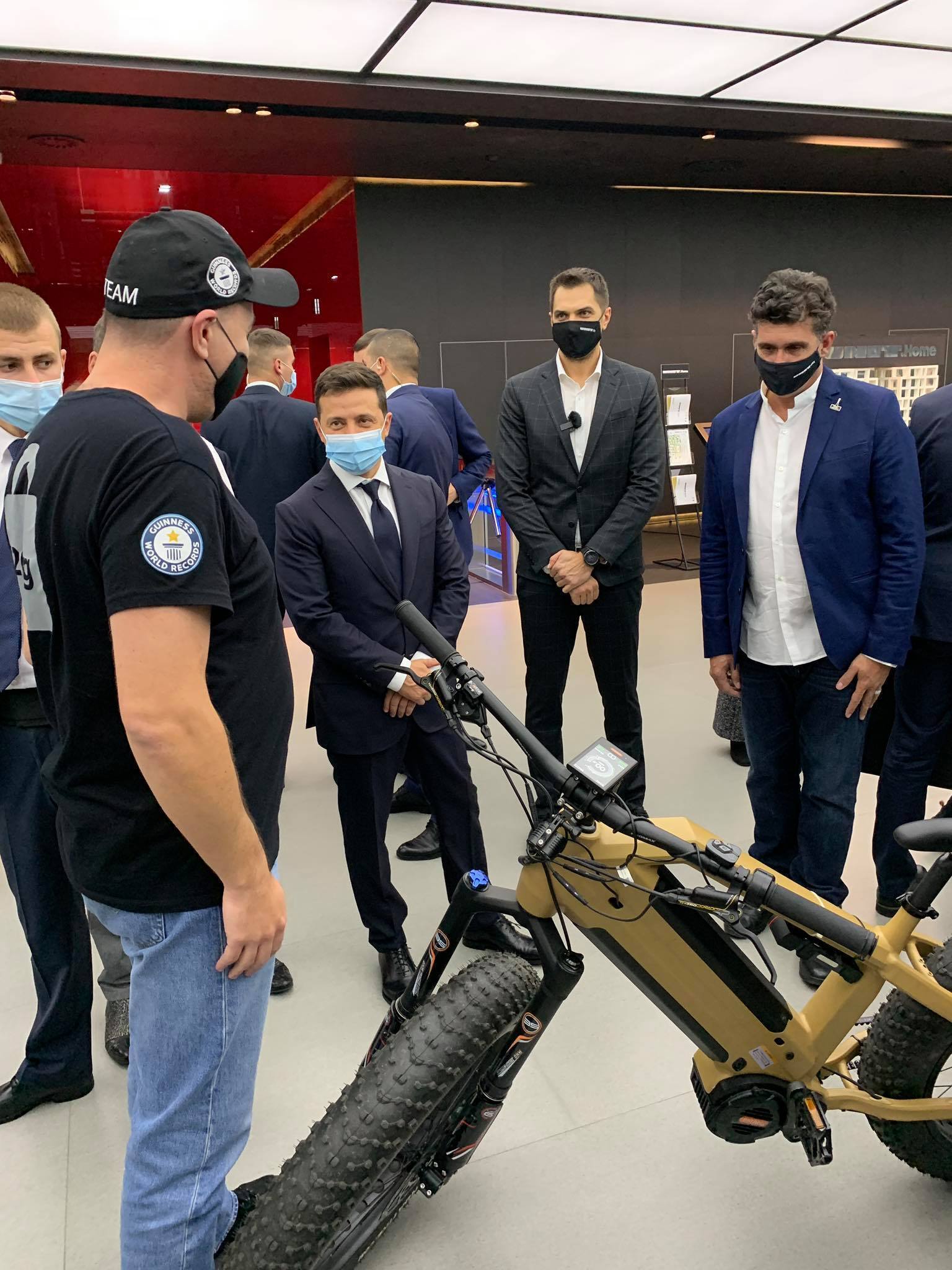 Then Tonkopiy informed Zelensky about the major challenge of the Delfast electric bikes company, which was the production based in China. As told by Daniel, they wanted to transfer the production to Ukraine and assistance was much needed.

“I am ready to support the production of e-bikes in Ukraine,” said Zelensky. They both agreed that some place in the region close to Kyiv would be great, such as Bila Tserkva located about 80 km away from the capital.

Somebody in the crowd joked that since Zelensky promised to help to establish the e-bike factory in Ukraine, he would now be the personal investment nanny for Delfast.