This website stores cookies on your computer. These cookies are used to collect information about how you interact with our website and allow us to remember you. We use this information in order to improve and customize your browsing experience and for analytics and metrics about our visitors both on this website and other media. To find out more about the cookies we use, see our Privacy Policy.

If you decline, your information won’t be tracked when you visit this website. A several cookie will be used in your browser required for site internal functionality and to remember your preference not to be tracked.

We use technical and analytics cookies to ensure that we give you the best experience on our website. 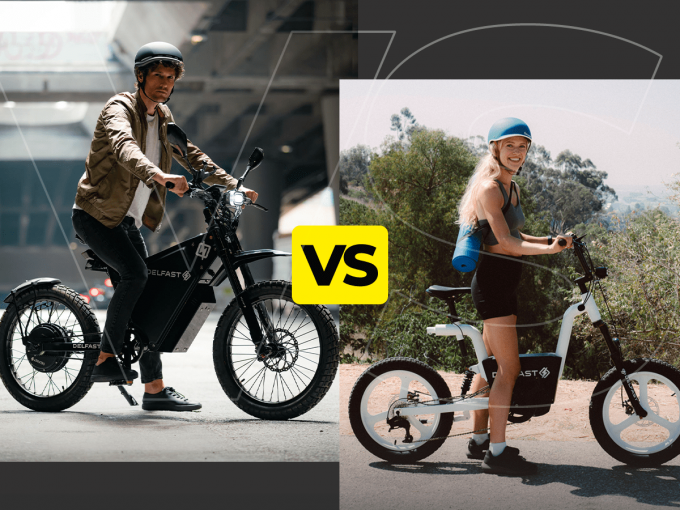 Each state in the US has unique electric bike laws. While each law can be written a bit differently, many states share a basic framework that there are three e-bike classes. This means that there are laws on the books that dictate how and where you can ride an eBike. If this weren’t complicated enough some cities adopt their own laws regarding eBikes, such as where you can park or whether an eBike is allowed to have a throttle.

Fortunately, many states have or are adopting three-tier classification with help through the advocacy group People for Bikes. We suggest doing a thorough search online by city and state to make sure you purchase the eBike that is best for you based on where you live and where you plan to ride. You can find more information here with our state-by-state guide.

The three-tier classification was originally adopted by the state of California. Most US States have gone on to pass their own laws and regulations based on the premise of three e-bike classes. 36 states have adopted laws that surround recognition of 3 classes of eBike. What are the different e-bike classes? Let’s review them one by one.

Did you know there is an incentive program coming in early 2023 in the state of California? The California Air Resources Board (CARB) has released some information on what the E-Bike Incentives Program will include. $750 voucher for the purchase of an eBike and up to $1500 towards the purchase of a cargo eBike or adaptive eBike. Class 1 and Class 2 eBikes are eligible for the vouchers. The board is already trying to extend the program to future years and eBikes in other classes.

Class 1 eBikes provide pedal assistance up to 20mph only when you are pedaling. This class of eBike is also known as pedelec as a reference to the fact that they only assist with pedaling and have no throttle. Once you reach 20mph the pedal assist system (PAS) disengages. You are of course free to go beyond 20mph under your own pedal power. The Class 1 eBike is the closest relative to the traditional bicycle. Most states that recognize Class 1 eBikes treat them legally equivalent to a regular bike.

eBikes in the Class 2 vehicles designation also provide pedal assistance while pedaling up to 20mph. They differ from Class 1 eBikes because they also have a throttle mode that will provide pedal free power up to 20mph. With the twist of the throttle, you can reach and maintain speeds up to 20mph on battery power alone. In both instances assistance will disengage once you reach 20mph.

The Delfast Top 3.0i is shipped to you as a street legal Class 2 eBike capable of 200 miles of range under optimal conditions. Where the Top 3.0i really differs from the competition is when the rubber leaves the road. It can reach speeds up to 50mph in Unlimited Mode under throttle power. If raw power isn’t enough, the Top 3.0i is hyper-intelligent and fully connected.

The debut of Delfast California is making waves. Quite possibly the best commuter eBike ever built. It has 100 miles of range, power, intelligence, and style. You truly need to see it to understand. The Delfast California Class 3 eBike blends a hyper-intelligent onboard computer, the power of a 750W mid-drive motor and the grace and balance of the first U-frame in the industry. You can also check out the indiegogo page, debuting soon, to sign up for all the updates.

Knowing the differences between the classes of eBike will help you to decide which eBike is best for you. Most electric bike enthusiasts prefer Class 2 and Class 3 eBikes due to their performance upgrades. Let’s look a little deeper at why they are preferred over Class 1 eBikes.

Things you need to know about Class 2 electric bikes

The convenience of Class 2 eBikes makes them especially valuable for longer rides and varying terrain. The addition of a throttle mode means you can rest your legs until you are ready to pedal again. Using throttle only mode can also be fun, as it feels more like riding a motorcycle.

Those with mobility issues may find that using a throttle and not having to pedal gives them more access to outdoor spaces previously unreachable. Commuting is also made easier on Class 2 electric bikes if you need to quickly speed up to avoid an accident or even just arrive at the office looking fresh.

Things you need to know about the Class 3 eBike

Unlike the 20mph limit for Class 1 and Class 2 eBikes, Class 3 eBikes can go up to 28mph before PAS disengages. 8 miles per hour might not seem like much, but it makes all the difference in the city or on the trail. Some states also allow Class 3 eBikes to have a throttle. 0-28 can quickly get you in front of other traffic.

Both Class 2 and 3 electric bikes have sturdier frames than Class 1 eBikes because of their more powerful motors. This also helps them to be able to transition from on to off road with ease. So which class suits your needs best?

The different classes of eBike each have their own positives and negatives. Checking your local laws and holding them up to your interests is a good way to decide which class is right for you. In many cases state laws will determine whether you are allowed a certain class of eBike on the road.

While 36 states adopted the three-tier classification, the 14 states below plus Washington, DC have not:

If you do plan to ride your eBike across state lines, be sure to do your research to know the specific laws that apply. In many cases local laws require a license to operate certain classes of eBikes. They may also require vehicle registration and insurance to operate legally. Some states classify Class 3 eBikes as mopeds. Most states require the use of a helmet while riding an eBike. There are some states that don’t require the use of a helmet, but we would encourage you to be responsible with your own safety.

Whether you choose a Class 2 of Class 3 eBike is ultimately up to you. We’re just glad you’re getting out there.